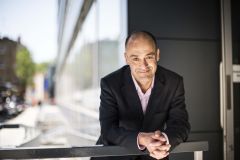 Born 8 August 1968, Sydney, Australia. Professor O’Keefe graduated with a Bachelor of Arts in History and Italian (1992) and a Bachelor of Laws (with First Class Honours) (1995) from the University of Sydney, followed by a Master of Laws (with First Class Honours and the Clive Parry Prize for International Law) (1996) and a Ph.D. in Law (2000) from the University of Cambridge, United Kingdom.